Portable radios are commonly known as walkie-talkies in Hong Kong. They are particularly useful for continuous communication among a group of people, such as a team of hikers or a camera crew, etc.

There are two types of walkie-talkies for public use locally - the 409MHz portable radio, and the 27 MHz Citizens Band Radio ("CB Radio"). To use any one of these walkie-talkies for voice communication, you do not need to apply for a licence.

409 MHz portable radios are short-range, two-way walkie-talkies, allowing a total of 20 channels for public use.

Users' Obligations under the Law

To facilitate the public use of walkie-talkies, since 2003, those using 409 MHz portable radios have been exempt from holding a licence.

One major condition of the Class Licence for CB Radios requires users NOT to transmit radio signals at any indoor location. This means that users of CB Radios must NOT talk via radio inside their homes. This avoids causing interference to other legitimate telecommunications systems. Under the Telecommunications Ordinance, any licensee who fails to comply with this condition may be subject to a maximum penalty of HK$200,000.

Look for the CA Label when Buying Walkie-talkies

Equipment suppliers are encouraged to voluntarily affix a prescribed label to their products which have been type-approved by CA. To be certain that the walkie-talkies you have purchased meets the specified technical standards and is authorised for use in Hong Kong, always look for the CA Label as shown in figure 1a. Telecommunications equipment available in the market before the establishment of the CA on 1 April 2012 may have been affixed with previously prescribed labels (which are also valid) as shown in figure 1b. For details, please refer to the HKCA 3211 "Standardisation Guide for Labelling of Telecommunications Equipment" document available on the website of the Office of the Communications Authority (OFCA). 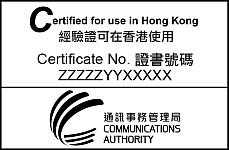 Figure 1b: The prescribed label before 1 April 2012

Channel 9 - the Emergency Channel for Walkie-talkies

Under the Class Licence for CB Radios and in line with common practices overseas, CA encourages users to use Channel 9 for emergency communications only. CB Radio users are also encouraged to join forces with other voluntary groups and organisations to monitor Channel 9 from time to time and offer whatever assistance they can during emergencies. Similarly, 409 MHz portable radio users should use Channel 9 for emergency communications only.

In general, the communication range of a walkie-talkie is limited and can be affected by a number of environmental factors, including terrain. Therefore, you should NOT rely solely on walkie-talkies for emergency communications.