Radiation Safety of Radio Base Stations 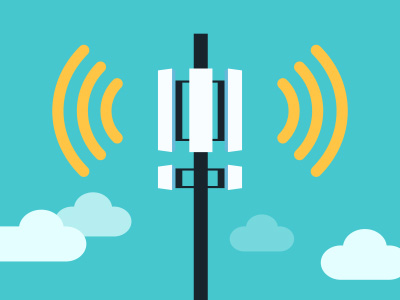 RBS are one of the fundamental components of a public mobile network. It is necessary for mobile network operators (MNOs) to install RBS, including those of 2G, 3G, 4G and 5G networks, throughout the territory in order to provide uninterrupted communications services to the public.

Regarding the radiation safety of RBS, the Department of Health (DH) indicates that unlike ionizing radiation such as X-rays and nuclear radiation, radiofrequency electromagnetic fields generated by RBS are a type of non-ionizing radiation (NIR). In simple terms, NIR has lower energy and is insufficient to change the chemical properties of substances. It cannot cause harm by breaking chemical bonds in the human body. Other examples of NIR commonly encountered in our daily life are visible light, infrared rays and radio broadcast signals.

Regarding the safety standards of NIR (such as the radiofrequency electromagnetic fields generated by RBS) received by human body, the International Commission on Non-ionizing Radiation Protection (ICNIRP) has set the NIR safety limits based on the findings of scientific literature and related health risk assessments. The World Health Organization (WHO) recognises the limits set by ICNIRP and encourages countries worldwide to adopt the limits, and is of the view that there is no sufficient scientific evidence indicating that exposure to NIR levels below the ICNIRP limits will cause adverse health effects.

Approval for Use of Radio Base Stations

According to conditions of telecommunications licences, MNOs are required to obtain approvals from the Communications Authority (CA) before bringing their RBS into operation. Having consulted the DH, the CA has adopted the NIR limits as set by the ICNIRP as the approval criteria for RBS. In vetting the applications, apart from examining the radiation level of individual RBS, the CA will also take into account the total radiation level of all RBS installed at the same location to ensure that the total radiation level complies with the ICNIRP before granting approval for these applications. The CA has also issued the Code of Practice for the Protection of Workers and Members of Public Against Non-Ionizing Radiation Hazards from Radio Transmitting Equipment for the MNOs’ compliance so as to ensure that the radiation levels of RBS meet the NIR limits set by the ICNIRP. Furthermore, the Office of the Communications Authority (OFCA) will conduct from time to time sample checks on the radiation levels of approved RBS so as to safeguard public health.

ICNIRP limits or similar requirements are commonly adopted by many of the developed economies and economies with dense population, such as Germany, France, the United States, the United Kingdom, Australia, New Zealand, Japan, Singapore and Korea, as their radiation safety standards. The CA will consult the DH and obtain its professional advice from time to time in order to keep abreast of the latest development of the radiation safety standards.

Hotline for Enquiry on Radiation Level of RBS 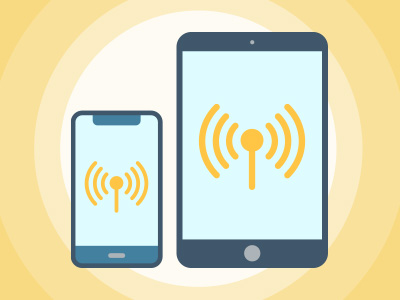 HMCD include mobile phones, tablets and laptop computers that can be connected to the public mobile networks. The radiation level of HMCD is quantified in terms of “Specific Absorption Rate” (S.A.R), which measures the actual amount of radiofrequency energy absorbed by a human body. In consultation with the DH, the CA has adopted the S.A.R. limits recommended by the ICNIRP and the Institute of Electrical and Electronics Engineers as the radiation safety standard for HMCD. At present, all HMCD on the local market must comply with the safety standard adopted by the CA.

In order to help consumers make informed choices and identify those HMCD which are in compliance with the S.A.R. limits, the CA allows manufacturers, suppliers and dealers to affix labels prescribed by the CA as shown below to their type-approved HMCD on a voluntary basis. Members of the public may also check the list of type-approved models and their S.A.R. values on OFCA's website.

So far, there is no scientific evidence indicating that under normal usage, the radiation of HMCD will cause health hazards. Nevertheless, according to the DH, it is advisable for children to avoid using mobile phones frequently. OFCA will continue to monitor closely the research findings of overseas organisations and the WHO.